Lifting the Barriers has launched a second program to reach out to amputees to enable the young access school with ease while the older ones go about fending for themselves and their families.

It all started by helping Allan Kiti, LIBAs ambassador

LIBA interacted with Allan at Bofa primary school, one of our former partner schools supported by Learn Foundation from 2013-2016).  Allan was later involved in a motorbike accident that led to the loss of one of his limbs and this happened at the time when he was preparing to seat his final year of primary, ready to join high school.   LIBA saw the desperation and subsequent withdrawal to the limelight of Allan and imagined there could be many young people missing out of school because of disability caused by amputation.  LIBA had known him for a long time as a hardworking boy but after the accident, he had to drop out of school.  In July 2018, LIBA contacted MEND, who provided the parts through their  centre – A Limb For All (ALFA) based in Ngong, Nairobi and this was at a subsidised amount of USD 250.  Allan can now walk again, with confidence and a smile.  in January 2019, he joined 14 other LIBA scholars and he is now pursuing high school education at Bofa Secondary school through the kind support from Learn! Foundation. 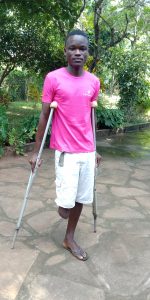 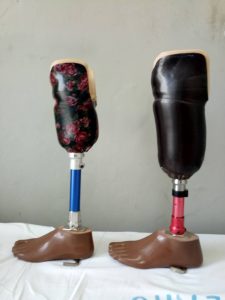 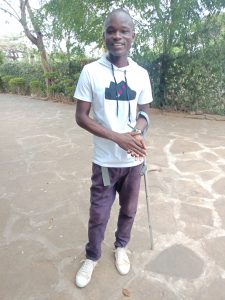 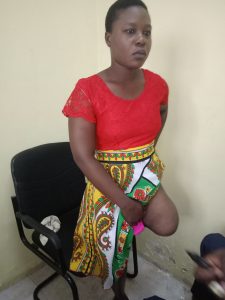 Picture showing Allan before and now with the limb.  on the right is Anne, who is among the 14 clients (school going and older people) wanting to receive the subsidised limbs.

LIBA hopes to start a workshop in Kilifi a few months. The limbs will be provided by MEND and LIBA will give them out at a subsidised amount of USD 250 for Below Knee (BK) and USD 350 for Above Knee (AK).   The subsidised amount will help in

2. The Caretaker (the client will stay in the centre for 4-5 days where the assessment, casting, fabrication and assembling of parts will be done.  Then the client will need some hours of practice to see if the limb fits).

3. Rent and utilities for the centre

Sponsor a limb and give someone a smile and a walk of confidence, like Allan!

Most of the amputees, and many other people living with disability, live in poverty and are so dependent on others for survival.   Not many will afford to get these subsidised limb but since the centre has to be self running, we ask for your support to sponsor a limb.